Here in Romania I’m busy learning new languages. But learning a new language, how does that work? Everyone is unique so it works different for everyone. Curious about the facts and how this works for me? Continue reading!

You have several departments in your head, including a language acquisition department. You could compare this to building a house. You need stones to build a new language. How those stones look is different for everyone. After all, everyone is unique. The similarity between people is the presence of a foundation. This foundation consists your native language, your mother tongue. You didn’t have to study hard for this. You just learned this. This can be a spoken or a sign language. For many deaf people, the spoken (and written) language is a second language. Their first language is sign language. 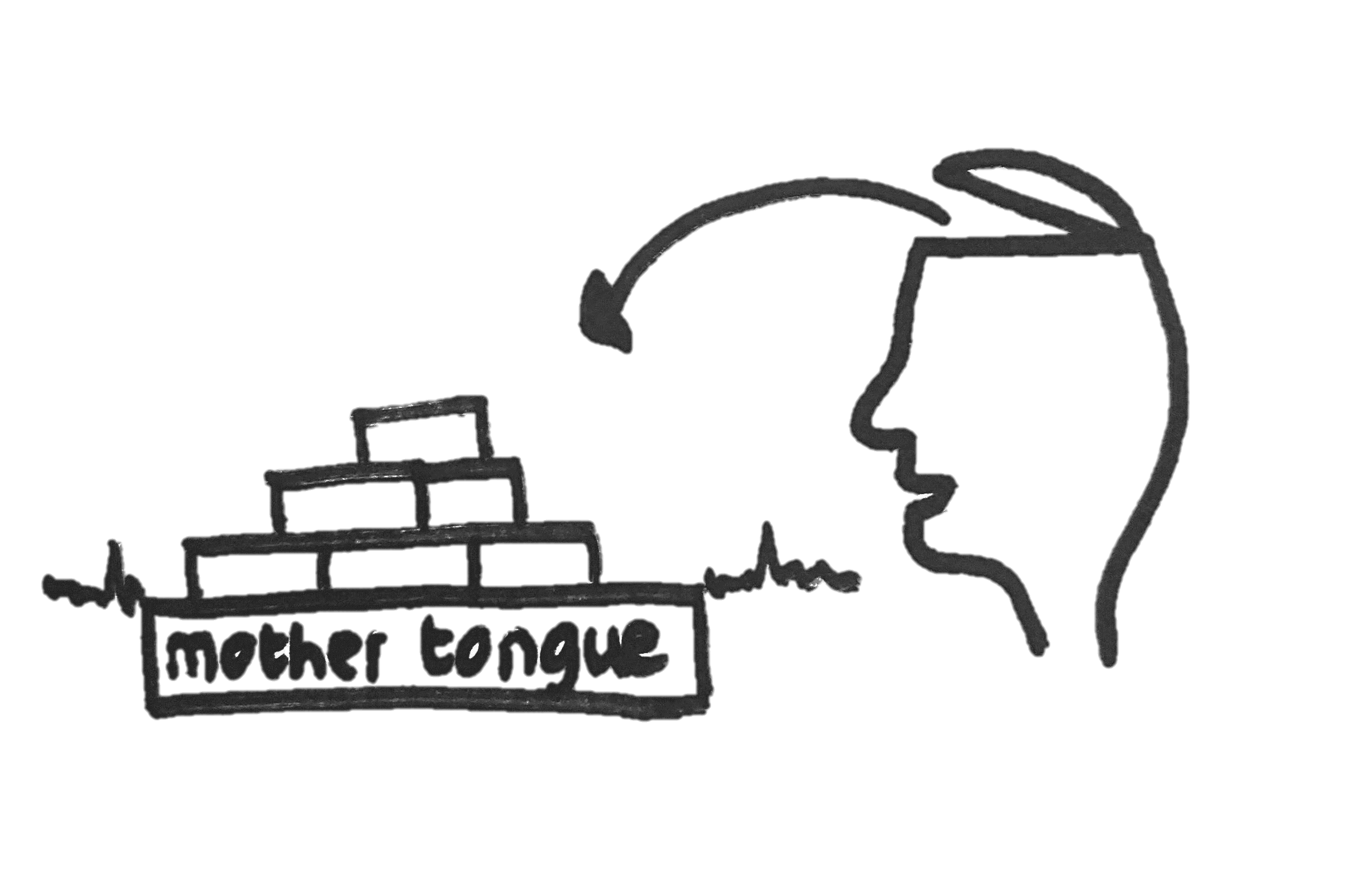 Some facts with learning a new language:
– The more (sign / spoken) languages you know, the easier it becomes to learn a new language.
– Learning a new language before puberty is easier than after puberty. In linguistic terms, this period is called the critical period.
– A language knob is actually the presence of (meta-linguistic) insights of different languages. An example of this are cases that are not only present in Czech but also in the Romanian language. Knowledge of one language provides insight into the other language.

How does it work? How do you learn a new language?
If you want to express a message/thought, you start to search (consciously/unconsciously) for a way to express this. To express this thought, you reach out to your so-called mental lexicon. Here you will find concepts that you know that can give a translation to the thoughts you have. After you have found the right concepts, you will form a sentence and connect this to the grammar of the language in question. Then you start talking/signing and your message/thought is translated.

But that search in the mental lexicon, how does that go when a new language is added to your mental lexicon? This is different in a sign language than in a spoken language. When you hear or see a concept, do you see the written form in your head or an image? Many spoken languages ​​have a translation of the sounds in a written form. In sign language, there is no written translation of the sign. As a result, remembering new concepts will be different than with a person who learns a (spoken) language with a written form. Be aware though! There are also languages ​​that do not (yet) have written forms. What do they see in their brain? 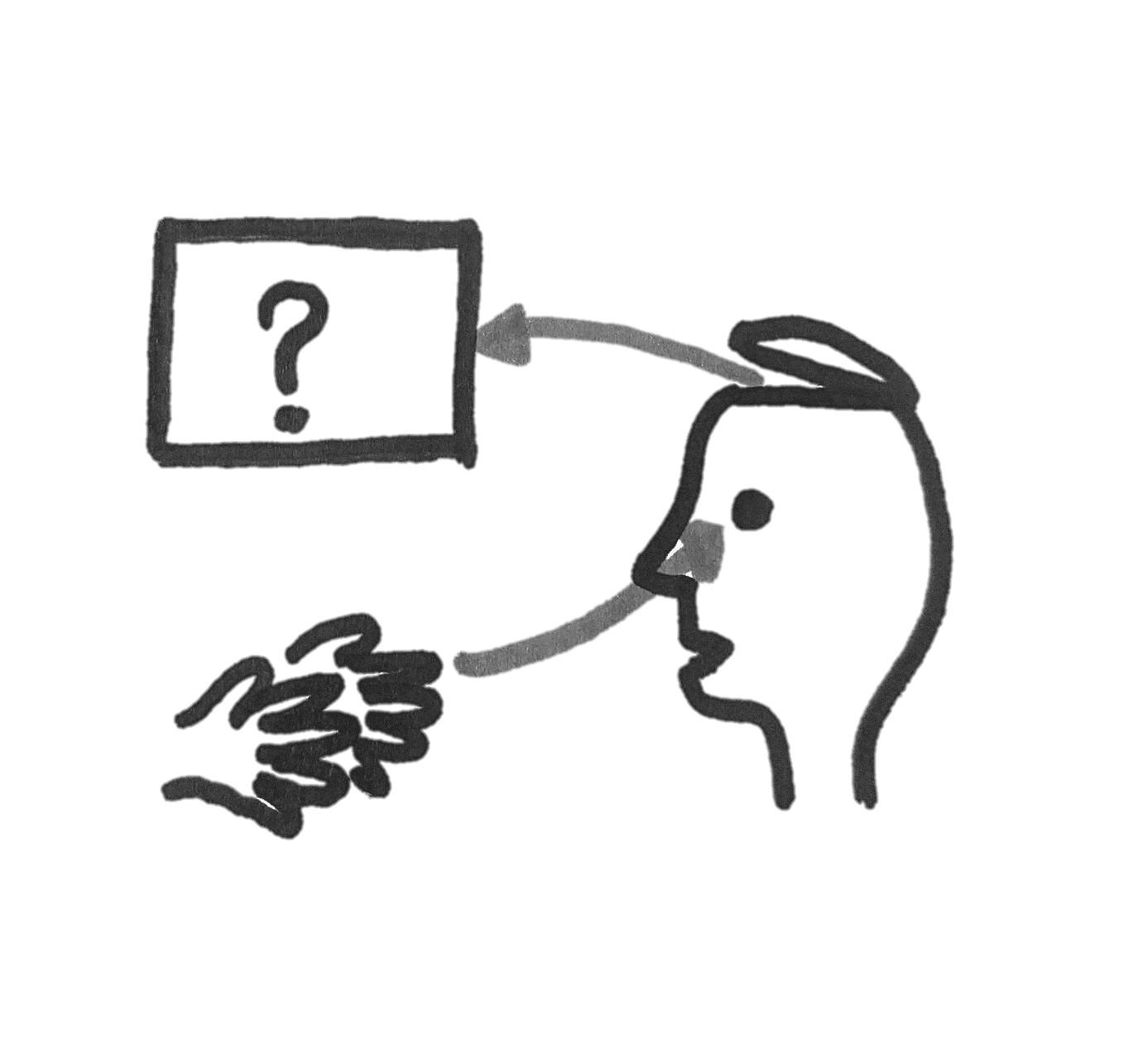 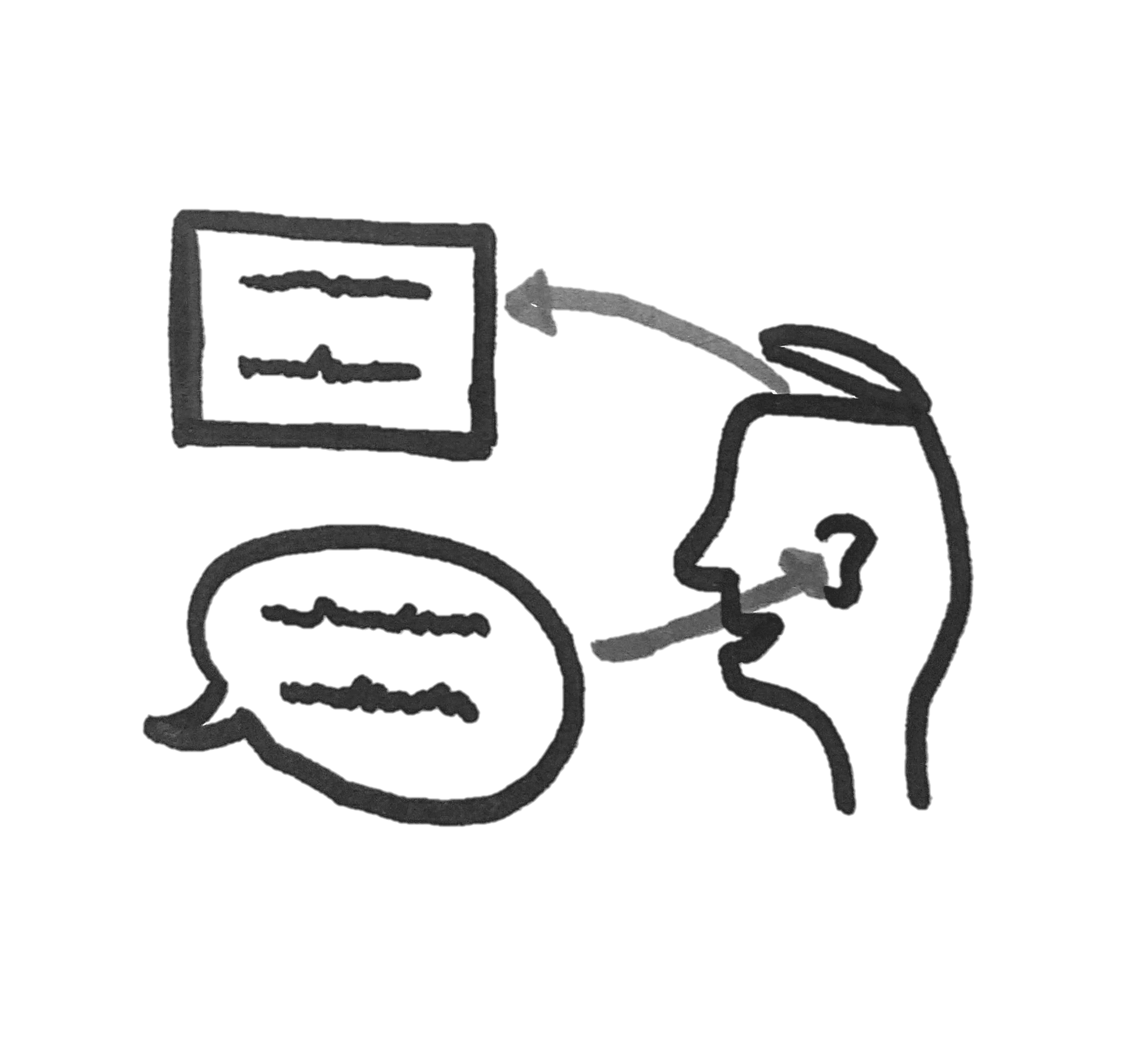 1. Connecting a new concept to an existing concept in the mental lexicon;

2. Connecting a new concept through the context of the concept;

4. Connecting a new concept to an event that becomes a memory.

What exactly do I mean by these ways? Please proceed on reading then you will know.

Because a connection has been made, I manage to remember the concept. Connections/translations can be made within the mental lexicon between the different languages. These translations are not always from the mother tongue to the new language. A language that is not the mother tongue is also called a second language. Someone can have several second languages. For example, I have Dutch as my mother tongue and English, Czech, Romanian, Dutch sign language, Romanian sign language and American Sign Language as a second language. At the moment, for example, I make many more connections/translations between my Dutch Sign language, English language, the American Sign Language and the Romanian language and Romanian sign language. An example from my head:
3. Connect a new concept to an image of the new concept
A new concept can be connected in the mental lexicon by attaching it to an image. A visual form is used to add new concepts to the mental lexicon. This is very helpful in the acquisition of sign language. A sign cannot be written down. It is a language with a “3D script”. As a second language acquirer of sign language, I encounter this often. However, training my brain to remember a 3D forms can be quite a challenge. I was brought up with a spoken language and I often see the written form in my mind. Fortunately, I have been blessed with creativity and I am finding my way around it better and better. For example, I can more easily remember the Romanian sign for TOURIST by connecting it to the picture of a window on the train. “The TOURIST opens the window on the train.”
2. Connecting a new concept through the context of the concept
Sometimes it is necessary to connect a concept to a certain context, because there is not always a one to one relationship with a word/sign from different languages. Because of this it also happens that connections are sought by providing a context. A “bed” must be prepared to use the term correctly. How do you translate the English word sibling or cousin into a Dutch word? Indeed, no translation can be given since there is no equivalent Dutch word for this concept. By giving context, the concept becomes clearer can be used properly.
4. Connecting a new concept to an event that becomes a memory
You can also add a new concept to your mental lexicon by linking it to an event that becomes a memory. This event gives the context to the new understanding. However, this is not a language context but an emotional context. The event and environment make a memory in the brain that ensures that there is enough context to remember and to find the concept when it must be used again. Examples of those forms are more difficult to give if people do not speak the language in question. In the Czech language when someone does something that is actually not allowed, you can say “ti, ti, ti”. Ti means you in English. However, this translation does not cover the emotional meaning that goes along with it.

What does it look like in your head with all those different languages?
In the beginning I made the comparison of a house. Imagine my entire brain is a house. There are several rooms available. Each room contains its own knowledge and skills. There is also a room with “languages”. That room looks like this to me, a bit confusing at times.
When a thought enters my language room, it searches for a translation in my mental lexicon. This is not always Dutch (my mother tongue) but jumps back and forth between different languages. It sometimes happens that I use different languages in one sentence.

I like to philosophize, I like languages ​​and I like cultures. This article I have therefore written out of my own experience and conversations with people around me. Are my thoughts recognizable? What does your brain look like? Ever thought about it? What would you compare it to? I’d like to hear it from you! See the opportunity to post a comment at the bottom of this page

Here are some more options from other people how they view their brain in using different languages
– Having a hallway. The door must be opened consciously to use a new language. When this door opens, the foreign language enters the hallway. The result is a mix of the mother tongue and a second language in the translation of thoughts into concepts.
– A bucket with the mother tongue and a bucket with all second languages. When the speaker uses the native language, mother tongue, no problems occur. Does the person need to speak in his or her second language, thoughts are translated into terms from the second bucket. If this bucket has multiple languages, it becomes a mess of all kinds of languages mixed together. 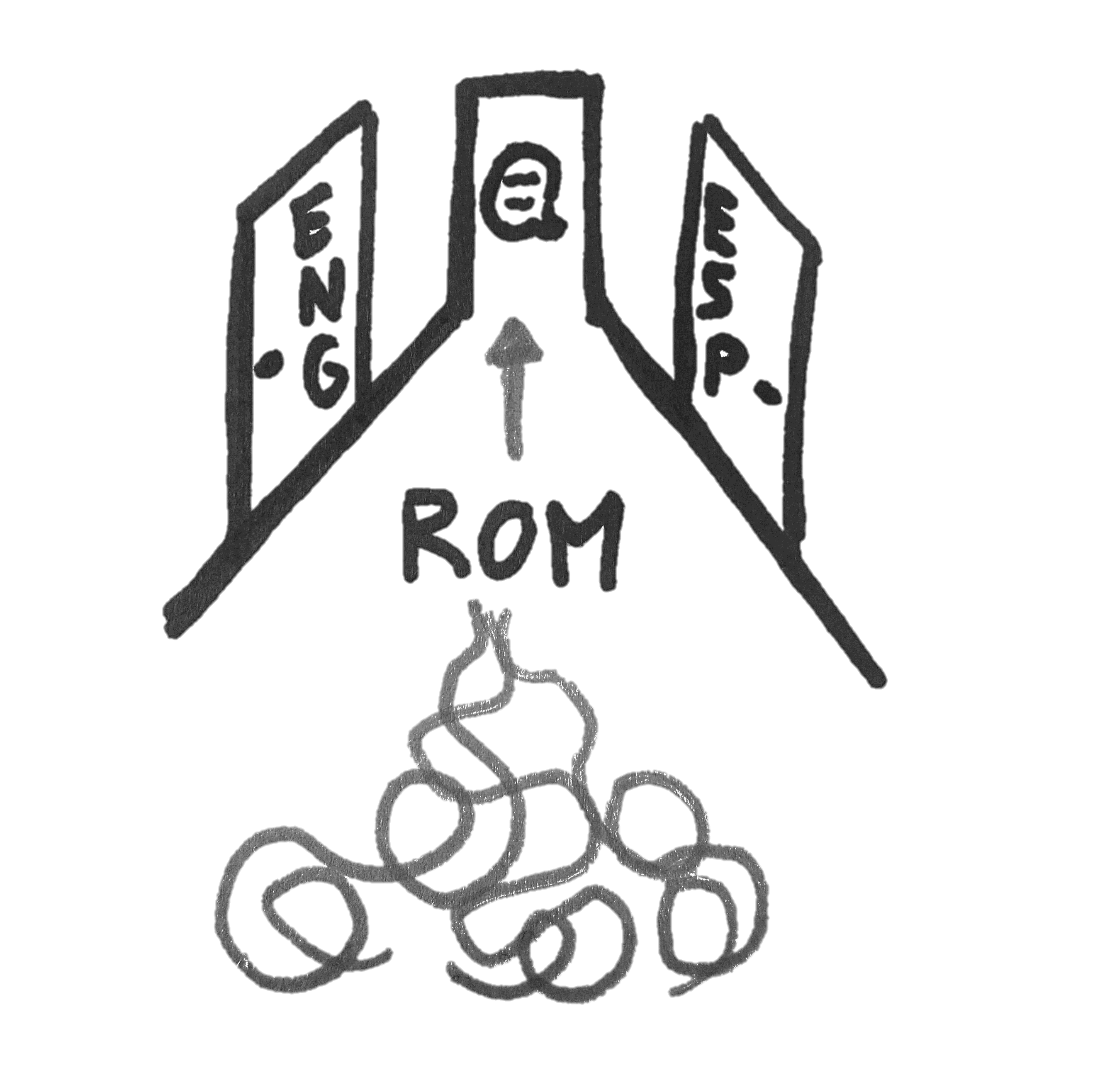 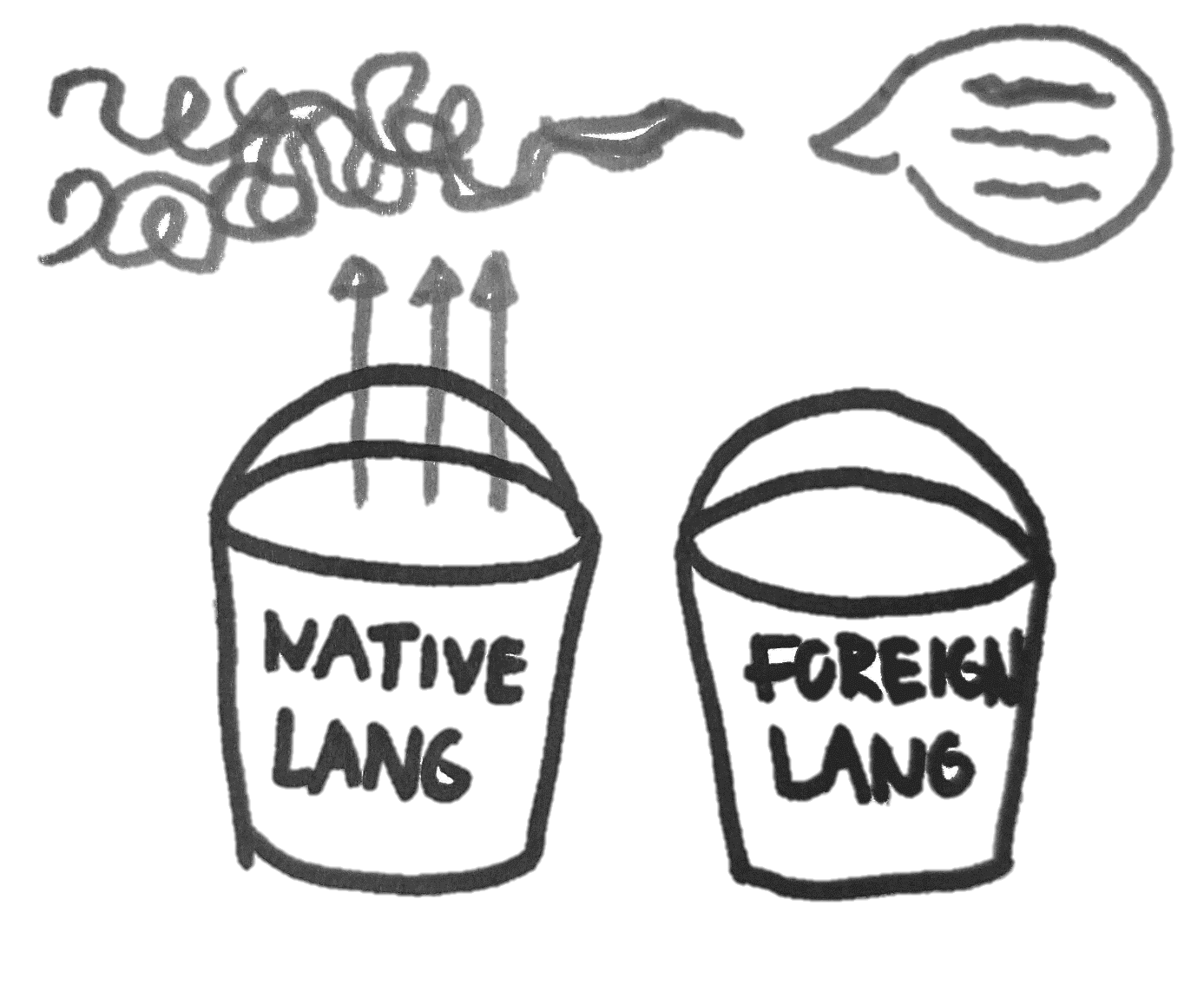